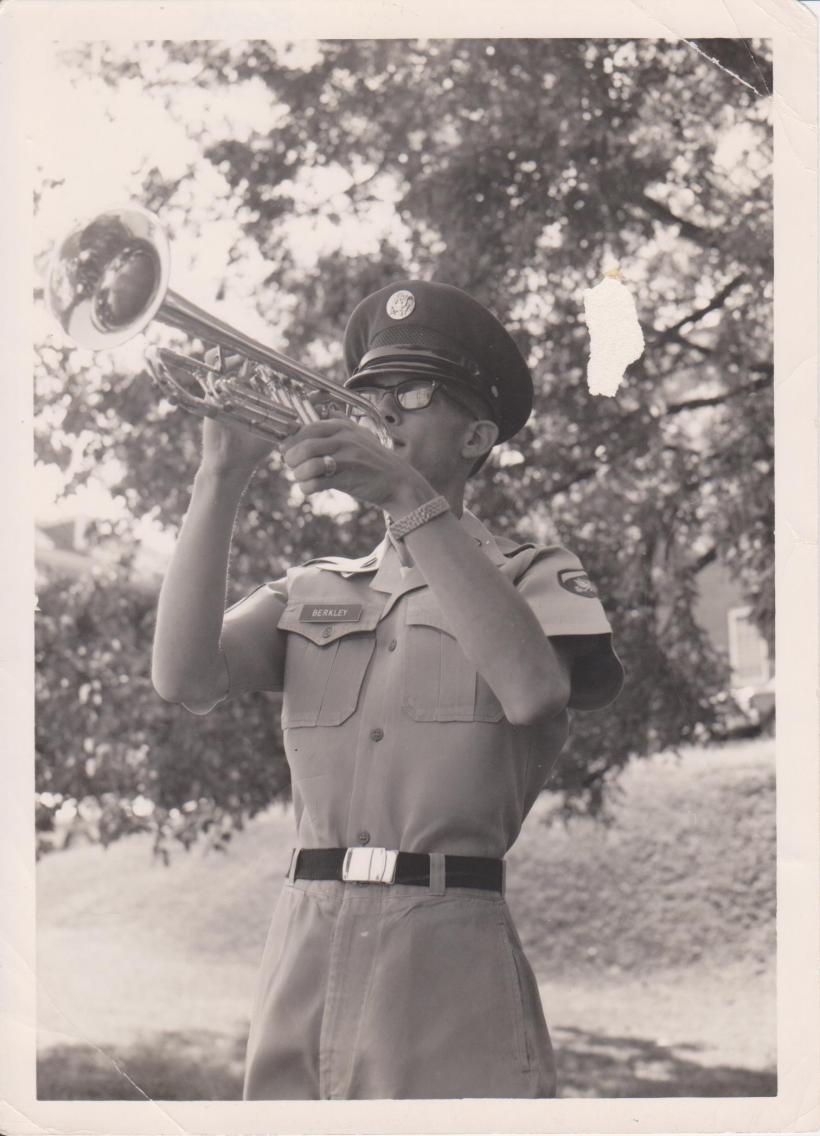 In 1967 through 1969 I didn’t have Memorial Day off. I was a trumpet player in the 158th Army Band stationed at Ft. Knox, Kentucky. As a trumpet player, I was also frequently assigned to what was called “Bugle Duty” or “Funeral Detail,” playing taps at military funerals.

I traveled with the honor guard in battered army busses or vans to military funerals throughout Kentucky, Ohio, Indiana and even a few trips to West Virginia. There would be about 15 of us traversing the backroads to country cemeteries (often behind church buildings). We complained about the weather, the sub-standard transportation, the long hours on the road and the 2nd Lieutenants in charge. We gripped about the meal tickets, the cheap motels (once we billeted in a mortuary) and sometimes having three funerals in a day.

But when we came off the bus at the cemetery there was a solemn demeanor that wasn’t written in Army regulations. We contained our emotions but there was a real sense of what had happened and what our role was; a human sense that could never be written in a protocol manual. On Memorial Days army buglers might be assigned to several ceremonies on post or off. (This was actually before Memorial Day became an official holiday).

In my last few months of my tour of duty I trained new “bugle boys,” who often came to us from the Army School of Music in Norfolk. They had been trained on all the bugle calls Army trumpet players had to learn and memorize. But when they came into the unit, they were handed to me for some final polish. Often, I would listen to them play those 24 notes (that took about 45 seconds) and they hit every note with exact intonation. They would be placed on the duty roster. After their first funeral or formal memorial ceremony, I would ask them to perform it again for me. It was always different. The same notes in about the same 45 seconds or so. But it sounded different. What was added? What was different? It was the emotion of the event, with a real grieving family or at a formal gathering where the dead were remembered.

So this weekend, when you hear taps, don’t count the notes or time it. Just let it sink in. Think of those who gave their lives, their families and reflect.

One thought on “Not Written In The Manual”